Does It Matter If Our Footballing Heroes Are Not Perfect?

Another week, another footballing scandal. A mystery, married, premiership footballer has been having an affair with Imogen Thomas, a former Big Brother contestant. The identity of the player is likely to remain a secret as long as a High Court gagging order remains in place.

However, I can exclusively reveal that through diligent research I have learned who this mystery footballer is. Through trawling the hundreds of internet gossip and rumour sites I can confirm that he is probably, almost certainly, one of the thirty or forty different players whose names have appeared on these sites, confirmed by a friend of a friend who knows somebody who has a friend at the club....perhaps! While it is true that one name does appear more often than any other, the real identity remains a mystery to the vast majority of football fans. The question we should be asking though isn't who this player is, but rather, who cares?

I may be missing something, but when I go to a football match I am going to watch football not learn how to live my life. It is often quoted that footballers are role models, but are they really? Do we really, when faced with a moral dilemma, ask ourselves what a premiership footballer would do in that situation? Again, I may be in a minority, but I ask myself what my dad would have done, or my grandfather. I ask myself what I have been taught and shown by people I know and trust. I admire my footballing heroes' skills on the pitch, but I would never claim to know them as people.

I don't have the greatest memory in the world, but the only footballer I can ever remember setting himself up as a role model was David Icke - and the less said about that the better! Unless I want to talk to aliens, learn about my reptilian ancestors or find out why the son of God played in goal for Coventry, I am unlikely to go asking him advice any time soon.

We are all entitled to have a moral judgement on what is right and wrong. We can all express an opinion on whether it is out of order for a married man to be having an affair, or breaking a girl's heart with empty promises. What we can't do is kid ourselves that just because somebody is a footballer we have a right to know all the ins and outs of their private lives. Neither can we grasp the mantle of 'in the public interest' to demand that the details are made public. Whoever this person is, he is a footballer. That is where our interest in him should end. He is also a husband and a family man. Well if you are reading this and you are related to him then yes it is your business. If not, then really - let it go!

The journalists would have you believe that because he is a footballer, and has put put himself in the public eye, then he has given up his right to anonymity. Nonsense! He is a public figure within the world of football. If he is guilty of throwing a game, cheating on his team through underhand dealings with agents, or anything else that would bring the sport of football into disrepute then yes we have a right to know. If it isn't to do with football then it is his business and not our's.

The only thing that would change anybody's right to privacy is if they were guilty of hypocrisy to the public. If this player had come out and publicly condemned other footballers for having affairs then he would be fair game. Public figures, indeed anybody, who lecture us on rights and wrongs and then commit the very acts that they have condemned are hypocrites and deserve to be exposed. I wonder how many of the journalists who are covering this story, or even more so how many of the internet gossip merchants, are leading whiter than white lives? Now that would be a story - "Fleet street sports journalist shacks up with bird he met in bar while working away from home!" That story would have a right to be published if the same journalist had condemned this, or any other player, for marital infidelity.

In the meantime we have no right to be demanding that this player's personal life is played out in public. The man has a family, and no matter the rights and wrongs of the situation, it is a family matter. If we are going to insist that this story is made public then we should also be prepared to stomach headlines like "Dave from sales has affair with Jane from accounts" or "Peter from the fish counter has sordid night with Mary off checkouts." More to the point, we should be willing to see our own names in those national headlines. How clear is your conscience? If its all the same to you I'll refrain from having my secrets in the national press. Our sports stars should be afforded the same luxury. 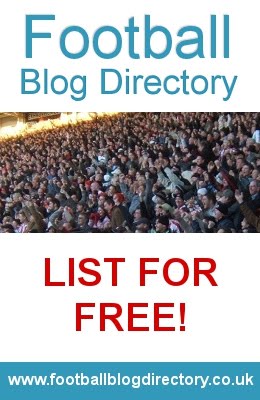 Its Not Life Or Death...

...its much more important than that!
Its ok, we know it isn't.
However, sport is a source of heated debate and sincerely held opinions. This is not intended as a sports news site - there are already plenty of those - its all about opinions! Sometimes serious, sometimes irreverent, but always opinionated. 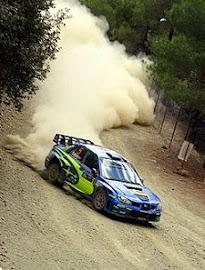 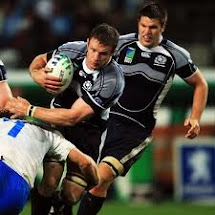 The comments section of this website is unmoderated.
We recognise that good debate can involve plenty of banter - and we encourage you to post comments and join in the debate.
Please try and stay respectful of each other though, and avoid using language that is overly abusive or derogatory.
Comments which are deemed to be overly abusive may be removed.
As the comments are unmoderated then those comments do not necessarily reflect the views of Its Not Life Or Death.

we are in
Britaine.co.uk
Staffordshire

OnToplist is optimized by SEO
Add blog to our blog directory.

Contribute To Its Not Life Or Death

Do you have a sporting passion that you want to share with the world? Does you favourite sport not get the coverage that it deserves? Do you have opinions that you want to express?
We welcome contributions from sports fans who have a gift for writing. If you would like to contribute to this sports blog then contact us at:
itsnotlifeordeath@gmail.com
We will be happy to include your articles. They don't have to be masterpieces, just readable and using good English. The articles should not be sports news so much as opinions about your chosen sport. They should also be general enough to appeal to a wider audience rather than a small geographic community.
Articles will be edited and added by Its Not Life Or Death, but will be attributed to the author.